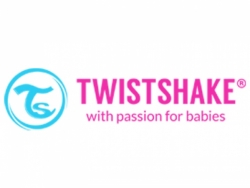 THE HISTORY OF TWISTSHAKE

In 2011 I was babysitting my aunt’s son. This task demanded full attention and it quickly became clear to me that I would have a tough time combining this with all the other things that the sitting involved. The biggest time-sink was the feeding: the servings came in intricate plastic bags, the formula clogged, clean-up was a hassle and when food time was over the kitchen was a complete mess.

In the following months I was often tasked with babysitting. The problems I encountered the first time didn’t magically disappear, and being confronted with them time and time again made me think of ways to lessen the mountain of a work that appeared every time my cousin was to be fed. At that moment I couldn’t imagine that I would one day have the opportunity to introduce a baby bottle designed to specifically address these problems.

As time passed my cousin grew out of his baby bottle, and I didn’t think more of the complications that can arise from preparing a bit of baby formula.

Until a summer day not long after, when I witnessed a woman with a baby stroller. In the stroller, the woman’s baby is agitated, hungry and screaming. The stressed mother struggles hurriedly with bags of formula and baby bottles and before long everything is on the ground, while the baby is wailing even louder. I run over as fast as I can and help her with the clean-up while she soothes her child.

I recognized the situation that the mother was in, and it took me back to when I had been babysitting my cousin. The ideas and solutions that had been in my mind back then immediately came back to me. It almost felt like a sign; the problems I had encountered as a babysitter had still not been solved. To ensure that I was on the right track, I discussed these ideas with some of my friends who are parents. They all spoke of the same complications. Some had their own solutions to these headaches, but many of them just felt dissatisfied with the lack of products on offer.

After this inquiry I had come up with three ideas that eventually became cornerstones in our work at Twistshake:

We want to create a product that is both practical and easy and which in itself is a whole new way to address the needs of parents and their children.

Today, we are proud to present Twistshake, a baby bottle specifically developed with these cornerstones in mind. And it would not have happened if I had not encountered that struggling mother on that summer day.